I always knew women were fiercely competitive, I know I can be, but I never realized how competitive until I had children. I don’t know what it is about our makeup that turns us into super competitive beings. Even while I was still pregnant the competition was starting, but that was nothing compared to when we started hitting developmental milestones.

Today we’re talking with Dr. Andrea Bonior, a licensed clinical psychologist, professor, and writer. For more than five years, Dr. Bonior has written the twice-weekly mental health column “Baggage Check” for the Washington Post’s Express newspaper, known for its wit and frequent pop culture references. She’s frequently cited in other media, with her expertise most recently appearing on CNN.com, MSNBC.com, Yahoo!, and Voice of America, and she makes regular appearances on Washington, DC’s “Let’s Talk Live.” Her first book, “THE FRIENDSHIP FIX: THE COMPLETE GUIDE TO CHOOSING, LOSING, AND KEEPING UP WITH YOUR FRIENDS”, is due out this Winter. In addition to serving on the adjunct faculty of Georgetown University, she maintains a private clinical psychology practice. 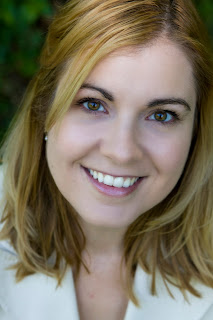 In your opinion have moms always been competitive? Is this a recent trend, or is it just more intense now?

By all accounts, mothers appear to be getting more competitive. There are a few reasons for this: in general, Americans are having fewer children, and having them later, which means they have far more resources and attention to devote to them than parents did a generation or two ago. And since parents now tend to be more advanced in their careers when having children, many of them are more hands-on in trying to affect the outcomes of their children’s development, since they’re used to being in charge. Finally, with the advent of the Internet, there are just infinite new ways to compare your child to other kids, even if you don’t intend to!

An argument came be made that competitive moms are “living” through their children. Do you feel this is the case?

Many women might try to “live” through their own children in this way, especially if they have difficulties with other aspects of their identity. They might want their children to never have the flaws that they feel they have, or they might view their mothering as their latest project that they want to conquer. But for any mother, it’s difficult not to view your children as a reflection of yourself, so this can be an understandable impulse– until it goes too far.

What overall tips do you have for dealing with competition?

Above all, though, it’s important to take a deep breath and think before you speak. Sometimes letting a comment hang in the air can draw attention to how catty or competitive it was, and that can nip it in the bud. Try not to take it personally– that overly competitive person is basically broadcasting their own insecurities. And a reality check is in order: there’s simply no research that states that any of those individual baby milestones matter much in the long run: an early crawler could end up at Yale, or in jail– who’s to know? But having a mother who doesn’t turn everything into a competition is certainly a healthier situation to be in.

I want to keep the conversation going on this topic, that’s why I’m partnering with Elizabeth Lyons of How To Raise Twins to keep the discussion going during the Twin Tuesday Tea video chat. Every third Tuesday of the month Elizabeth does a video chat with members of How to Raise Twins (join now, it’s free!) at 8PM EST. This month she will be focusing on getting into the solution of this nonsense! The competition is there, for sure, and it’s ALWAYS going to be there. But discussing it and worrying about it only get us so far. At some point, we need to employ some easy-to-implement strategies for getting past it within ourselves so that it doesn’t bother us anymore.

I hope you can join us tomorrow night at the chat, but for now, what do you think? Is competition more present now than before? How do you handle it?

Tips for Breastfeeding with Sara Chana

What to do if your child gets lost

6 Tips to Get Your Child to Eat Everything