Your wife wanted 4 children, and you said you wanted 2, how did you come to a final decision on how many kids to have?

We agreed to have three as a compromise. Our third child is slightly difficult – emotionally volatile, let’s say. I knew I was maxed out at three, especially given the make-up of our third. About two – three years after his birth, my wife had this incurable need to have a fourth child. It was her life’s dream. She was very passionate about it and could not shake it. We even went to couples therapy to review the issue. After being asked many, many, many times over the next two years, I decided I could do it. We had made a pact at the beginning of our marriage that we’d support one another’s dreams. So I resolved to do whatever it took to parent four children. Fortunately, we had a beautiful baby girl as our fourth!

How long did it take you to come to this decision?

Approximately 2 years of going back and forth.

Many of us fear resentment from our partner (on either side of the spectrum), how have you overcome this, or how are you working to overcome this?

The part that requires hard work and awareness is letting go of the resentment, ideally as it builds.

So I’ve made a living out of dealing with my emotions, including the resentment and anger that arose over this issue. I love discovering the latest scientifically-proven methods to manage emotions, using them myself and then teaching them to others.

One tool that I use, for example, is the practice of daily forgiveness. Forgiveness is the best tool of which I know to dump out old, stale anger. The main understanding necessary is that holding on to your anger only hurts yourself. It doesn’t DO anything to get back at the person who offended you. And holding on to long-term anger damages your body – increased cortisol levels, higher blood pressure, increased risk of heart attack, etc. You don’t need to be face-to-face. You can forgive in your mind. Forgiveness does not mean you approve of what was done to you. Nor does it mean you forget what happened (you don’t want to be foolish). It simply means that each day you go through a list of who wronged you and forgive them for that. For example, “I forgive my son for spray painting the club house in the backyard. I forgive my wife for needing a fourth child.” As you go through the daily practice, your list becomes shorter and shorter as things that used to bother you drop off the list. Studies show that over time you become more of a forgiving person in the moment.

Other ideas include the daily practice of gratitude (looking for things to be grateful for in your children, family, home life), airing grievances with your spouse, exercise, deep breathing, journaling, yoga, and date nights.

What advice do you have for parents in the same situation?

It’s highly difficult for a husband to say ‘no’ to his wife in this area. Partly because you’ll be perceived as the man who interrupted her dreams and partly because you are only as happy as you wife is (and she ain’t gonna be happy without that last child).

It seems to be easier for men to give up the idea of another child as they can tell themselves “Well it’s not me carrying the child for 10 months.”

In general, I would suggest to realize the importance of supporting your spouse’s dreams. Without our dreams, we run the risk of letting our passion die a slow death. Without passion, life becomes numb and intolerable. Do what you have to do to put yourself in a position to get behind your partner’s dreams. It goes both ways. You support her. She supports you. Everyone has a better chance at happiness and a meaningful life.

Keep in mind that things will get rough along the way if you do decide to make the leap into a future child. That’s okay. That’s normal. Seek out someone to talk to if you feel overwhelmed.

Remind yourself that no parent is perfect. We’re not shooting for perfection. We’re aiming for good enough or excellence. Mistakes will be made. It’s part of the learning process. It’s how we learn as parents and as children.

What are some resources you would recommend?

Partnership Parenting: How Men and Women Parent Differently–Why It Helps Your Kids and Can Strengthen Your Marriage By Kyle & Marsha Pruett

Guide to Self: The Beginner’s Guide to Managing Emotion and Thought By John Schinnerer

*If you want more tips, tricks or tools on how to manage anxiety or anger management visit John’s site, www.GuidetoSelf.com or email him at John@guidetoself.com* 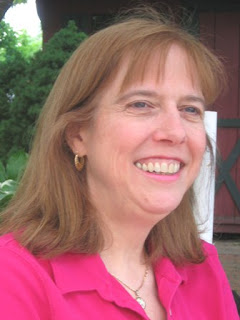 Here is our second expert, Patty Newbold with her third alternative solution:

When parents have two conflicting alternatives on the table like this, they need to join forces to find a third alternative.

A third alternative is one that delivers all the good stuff you liked about your first plan and protects you from whatever you fear about your partner’s plan. You get there by writing out your specs and brainstorming with each other and anyone else you can.

As long as the discussion is more kids vs. no more kids, there is no solution you both can get behind. But watch what happens when you join forces and specify what you really want.

Couple 1: Bart is ready to stop with their two-year-old twin girls. Jen wants another child.

What Bart likes about stopping: He adores the girls and wants to have the money to give them lots of summer camp memories, a chance to see Europe before they are grown, and the best colleges they can get into.

What Jen likes about having another: Jen feels the girls will benefit from a younger sibling or even a few younger siblings. They will grow up to be better mothers and to have a larger family to lean on in tough times.

What Bart fears about having another: More kids means less money per child, maybe lots less if they have multiples again.

What Jen fears about stopping: Jen worries if they stop now, they will change their minds later, right around the time she’s ready to go back to teaching.

Jen and Bart’s Third Alternative: They realize they can give their girls both a financial advantage and the advantage of a larger family with more family responsibilities by moving closer to his sister, whose oldest child is disabled. He feels he could find a way to be home with the kids during the school day if the day comes when their desire for another child conflicts with Jen’s desire to teach.

What LaTonya likes about stopping: She hopes she will some day catch up on her sleep! She loves kids, but she’s worn out.

What G likes about having more: He comes from a family of 6 kids. His grew up next door to one of his aunts, who had 9. His parents have 13 siblings between them. He wants his kids to have the great childhood he had.

What LaTonya fears about having more: She cannot imagine caring for her current batch of kids while pregnant with multiples again and she worries about her 8-year-old’s education if she has to care for an infant.

What G fears about stopping: His kids will think he wasn’t the man his father was. His father did right by every one of his kids and even helped a couple of his sister-in-law’s children get through college and into graduate school.

LaTonya and G’s Third Alternative: These two recognize the benefits for both of them of having more, even another set of triplets, will last a long time, but they must respect LaTonya’s fears, so they work out a plan to come up with money to hire a well-qualified nanny for a few years. They figure they can afford to get pregnant again in just 18 months if G takes a more lucrative but less fulfilling position he’s been offered. For him, kids are more fulfilling than any job.

Couple 3: Even though they lost two of their quads, Alex wants more kids. Anna cannot bring herself to risk so much pain again.

What Alex likes about having more: While Anna was pregnant, he grew used to thinking of himself as a father of four. He liked it. Four seemed like the perfect number.

What Anna likes about stopping: It lets her enjoy the two toddlers they have now and pay attention to building her clientele.

What Alex fears about stopping: He fears he will never feel complete with just two children. Something changed when Anna was pregnant, and this matters to him a lot.

What Anna fears about having more: If she gets pregnant again, she risks another premature birth, burying another child while she’s still got babies in the NICU. She fears falling into a deep and lasting depression if she goes there.

Alex and Anna’s Third Alternative: Alex needs more children. Anna needs to know she won’t give birth again only to lose a child. These turn out not to be in conflict. They adopt a child who needs them, and Alex rearranges his schedule to spend more time with the kids and to help Anna with promoting her business.

For more of Patty’s tips and advice, check out www.AssumeLove.com

Why Fathering Triplets is the Best Job Ever!

Special book to help share the difference between identical twins

When the scan reveals a high risk of Down Syndrome