Since this is the last Monday in April, I thought it would be great to have a post from an adult living with Autism. Jeff Deutschis an Aspie who reflects on his decades of Home-based Experiential Lifelong Learning (HELL) to help fellow Aspies better relate to NTs, and vice versa. Now happily married to Emily, an NT who first told him about Asperger Syndrome, he gives inspirational talks, group training for Aspies and also for Aspies’ families’ and partners’ support groups, employers, service providers, first responders and others, and individual life coaching for Aspies and NTs. He helps Aspies better get along with NTs, and NTs better recognize and deal with Aspies, on the job, in personal relationships and other aspects of daily life.Jeff’s practice, A SPLINT (ASPies LInking with NTs), is registered in the State of Maryland. He blogs on Building Common Ground and also shares his wisdom in various forms on Facebook, Twitter and About.Me. His blog, Facebook and occasional tweets include links to other good resources. 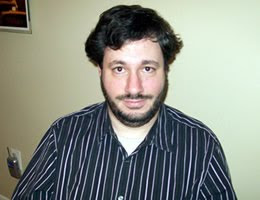 So read a valentine I got in elementary school, from a secret…um, admirer.

I had no idea who might have sent it. No prize for guessing that it could have come from anyone – of either sex – in my class.

I still don’t know who sent it, or why. All I know is that, not only several bullies, but also the rest of the class in implicit approval, made my life miserable. One glove stolen (and when I reported the guy who had been bothering me and who had reached into where my jacket was, and one of the guy’s friends “confessed” to doing it, the teacher made me write an apology to the first guy for accusing him). People kicking me. People spitting on me. And other delights.

When I complained, the teacher and principal focused on what I must have done to provoke it, and told me I need to resolve these things myself.

That kind of torment continued through junior high school, and only ended in early high school, when I forcefully demonstrated that people harassed me at their own risk.

Of course, this kind of thing happens to children in various kinds of situations.

To be an Aspie, however, is all too often to know, week in and week out, month in and month out, year in and year out, that everyone else dislikes you. You don’t know why; heck, many of them can’t even say why. They just do. And you just get used to it.

Thing is, even when people stop hitting you, spitting on you, stealing one of your gloves** and what have you, they still don’t have to like you. They don’t have to, for example, invite you to their birthday parties, Bar Mitzvahs, Sweet 16s and the like. They don’t have to include you whenever they’re going out to lunch or whatever together. And they definitely don’t have to go out with you, or introduce you to others who might want to.

If a single individual is being bullied or mistreated by a group, especially time after time, odds are s/he’s doing something that in effect holds up a “HURT ME!” sign. It may not be right that they respond that way. Beyond a certain point, it’s wrong no matter whom it’s being done to or “why”.

But if they think it’s legitimate cause, they’ll make your life a living hell regardless of how many laws, regulations, school rules, etc., etc., etc., forbid bullying. If people don’t like you, and think they can screw with you and get away with it, they’ll find ways. People are remarkably creative at finding ways to (1) excuse and rationalize their own misbehavior and (2) set things up so they don’t look like the bad guys. (Especially in the eyes of officials who would really hate to have to condemn a whole group of people just for one person’s sake.)

That’s why social skills are so important. Whether you’re still in school, in college or out in the workaday world, if you can avoid ticking off people, make friends who will stick up for you and detect and head off possible trouble, you’ll have a much better life – and maybe get some real valentines – no matter how right you are.

[*] Asterixes substituted – this is a family blog.

[**] It’s like certain kinds of vandalism – the idea is to show that you’re not some thief who would steal from anyone, but rather you have it in for that specific individual. So you’re going to the trouble of hurting him without (otherwise) benefiting yourself.

You can find out more about Jeff at his blog, Building Common Ground, his Facebook Page,
or his Twitter page.
FacebookTwitterPinterestLinkedinRedditEmail

Interview: Katrina of Party of Five

Maybe We Made A Mistake