This week’s featured blogger is Heather of The Cox Quads. Heather is a proud mom of quads Brody, Baxlyn, Kylee & Korbin. Feel free to visit her blog after reading her wonderful story of parenting quadruplets. 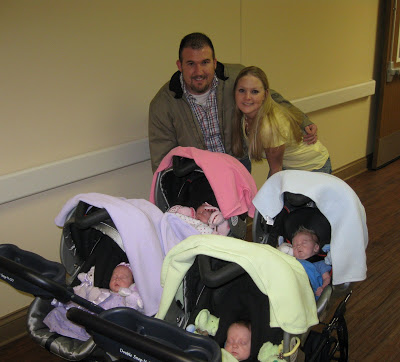 Why did you start your blog?

I started my blog shortly after finding out I was pregnant. It was intended to be a place that I could update all friends and family without having to make dozens of phone calls every few days. It was within just a few short weeks that we had people following us and cheering us on from all over the world. I was amazed at how quickly it spread and overwhelmed at the never ending support for our family from strangers near and far. Once the quads were born we had a prayer chain. A good friend took the names and locations of all the people who were praying with us and the list, which consisted of thousands of names, hung in the NICU by their beds until we were discharged. I still have it to this day!

Where you surprised to discover you were having Quads?

Absolutely! Unlike many multiple pregnancies, I did not undergo any major fertility treatments. My husband and I had tried to conceive for about a year before I went to by OBGYN to discuss the matter. A simple blood draw indicated I was not ovulating and they recommended I try Clomid, five little pills that acted as an ovulation stimulant. I was told that IF it worked, my chance of twins increased by about 5%… that’s IF it worked. You can imagine our shock when there were four.

How did you discover you were having Quads?

I was 23 years old, a busy, new business owner of a local retail store and my husband worked and was in school full time. Life had me exhausted in general and it was actually during a nap that I got a call from my doctor. I had gone in for bloodwork to see if the clomid worked and she had the results. I’ll never forget her words “You are pregnant, you are definitely pregnant!” I didn’t think twice about her choosing the word “definitely” at the time! I insisted I was dreaming and after further conversation, my doctor assured me I wasn’t dreaming or imagining it at all.

Fast forward a few weeks and my husband and I go in for our first appointment and sonogram. We were SO excited but it never crossed our minds about “how many” were in there. We were just praying the blood work was right and that I was indeed pregnant.

I laid on the table and as the doctor doing my ultrasound waved the wand across my stomach, the nurse standing behind him gasped and put her hand over her mouth. I immediately thought “Awe, this is her first time to sit in on a sonogram, how sweet.” Her reaction made sense once my doctor, who stared at the screen with a pale, frozen face said “I see triplets.” My heart sank and I immediately told my husband it would be ok. The doctor then said “Wait…. I think there may be another one…..” after a pause that seemed like an eternity he continued, “…yes, there’s a fourth”. In complete shock, my husband yelled “Quit Counting!”

We drove home together in my brand new, what I thought was big, Jeep Liberty. We discussed how we needed a bigger car, a bigger house and all of the other concerns like how I would carry them, how would we manage our store, what if some don’t survive…etc. Flood of emotions to say the least!

My pregnancy was overall pretty easy, given the circumstances. I was extremely sick the first few months (like, had to carry a bucket with me everywhere 24/7….in stores…everywhere) but eventually overcame the sickness and exhaustion that had hit me so hard. I started contracting at 26 weeks and was admitted immediately. I ended up delivering our quadruplets, two boys and two girls, at 28 weeks and 5 days gestation. While I am so thankful l we made it as long as we did, I would give my right arm today to go back and carry them longer. Two of our babies were born extremely sick and came close to not surviving at all. After many scares, brain surgery and a long nearly 3 months in NICU, my babies finally came home.

What is the best advice for new parents of multiples?

Find Support! I joined a local moms of multiples organization, PAMOM, where I was in contact with other moms of twins and triplets. I also found an amazing group of moms of quadruplets who are a great resource. Being surround by people who had “been there, done that” was a huge blessing. While there are lots of online multiples groups, I found having a local support group was even better. I’ve made great friendships with other moms of multiples and we help encourage each other through the many challenges that come along with the title!

I can’t say I have a favorite blog post. I’ve documented SO SO much on our blog like our NICU journey, ways we have given back and support the March of Dimes, developmental milestones and the many struggles we’ve faced with the long term affects of prematurity, the big transitions like potty training & sleeping through the night….etc. I absolutely love being able to look back on it all, to see how far we have come and to be able to help those that are walking a similar path with their own preemies.

A special post, when our Brody, who we were given the option to “pull the plug” on, came home: And then there were 4… 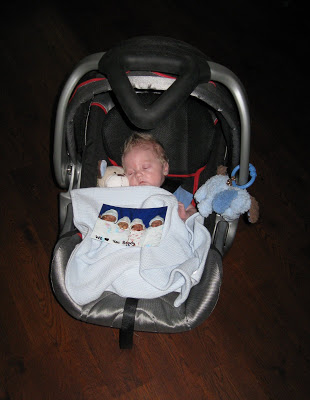 Today, Brody, Baxlyn, Kylee & Korbin are in second grade. Their little brother, Blade, is about to celebrate his fourth birthday. We spend our days juggling school, football, cheerleading, church and other family activities. We are so blessed to have come as far as we have as a family and thank. Despite the many challenges we face, we thank God each day to have the opportunity to raise these miracles of ours! 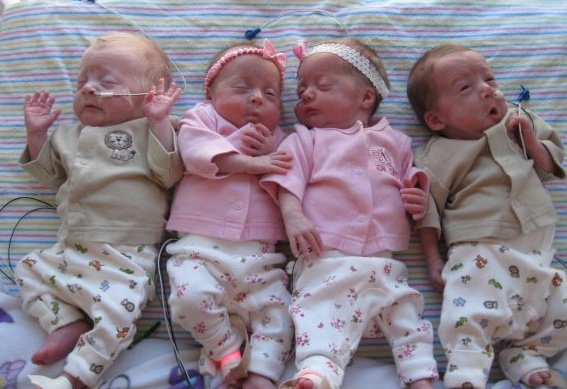 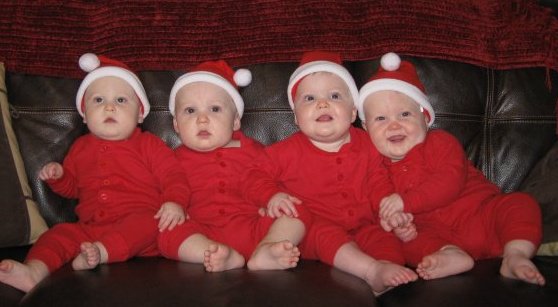 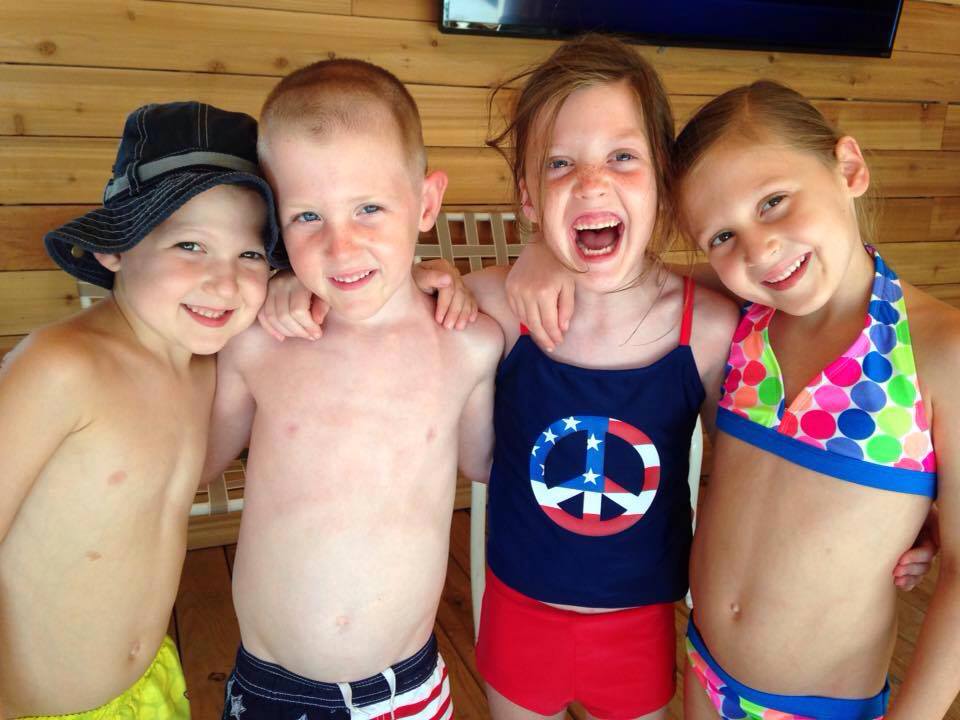 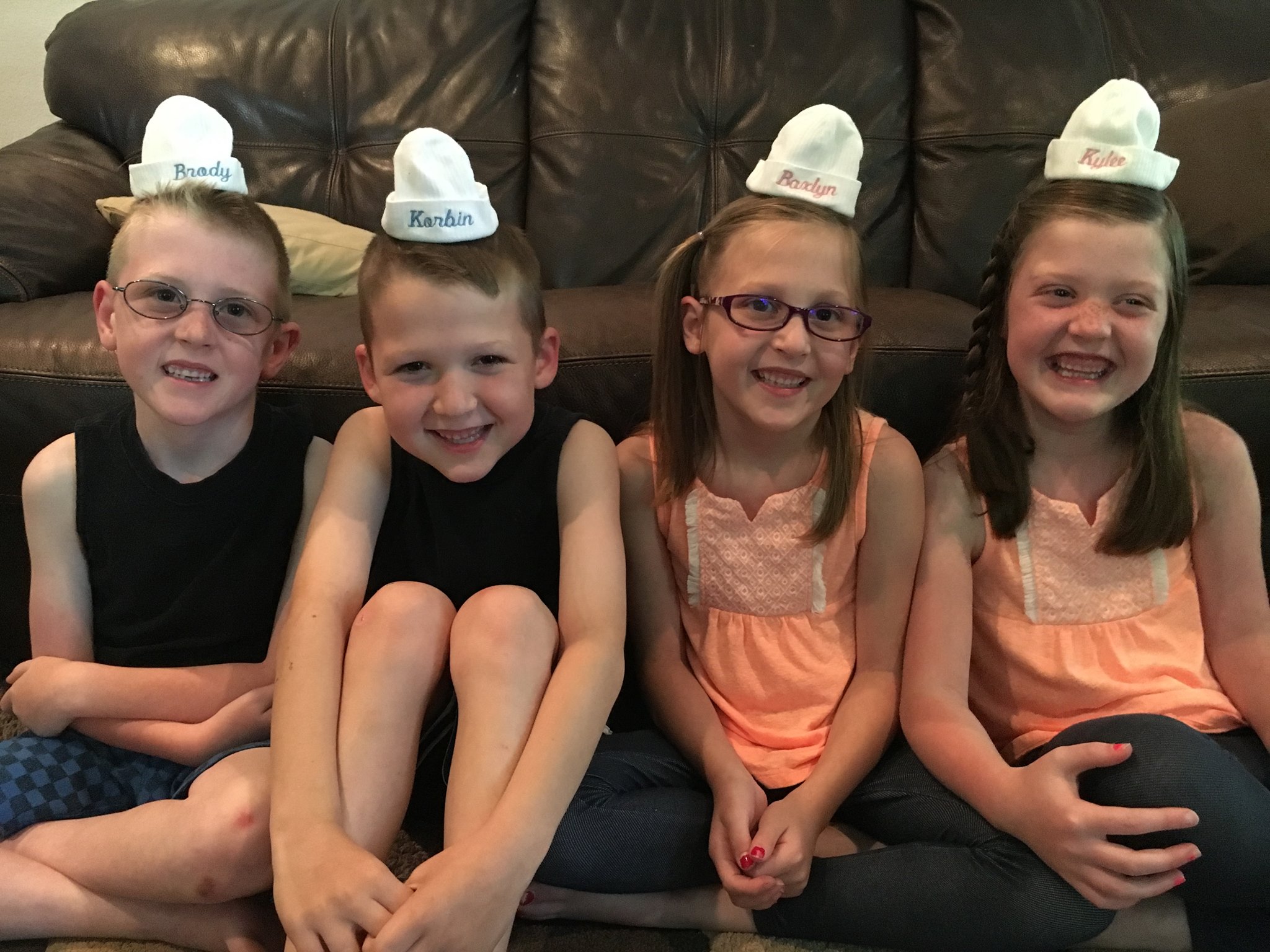 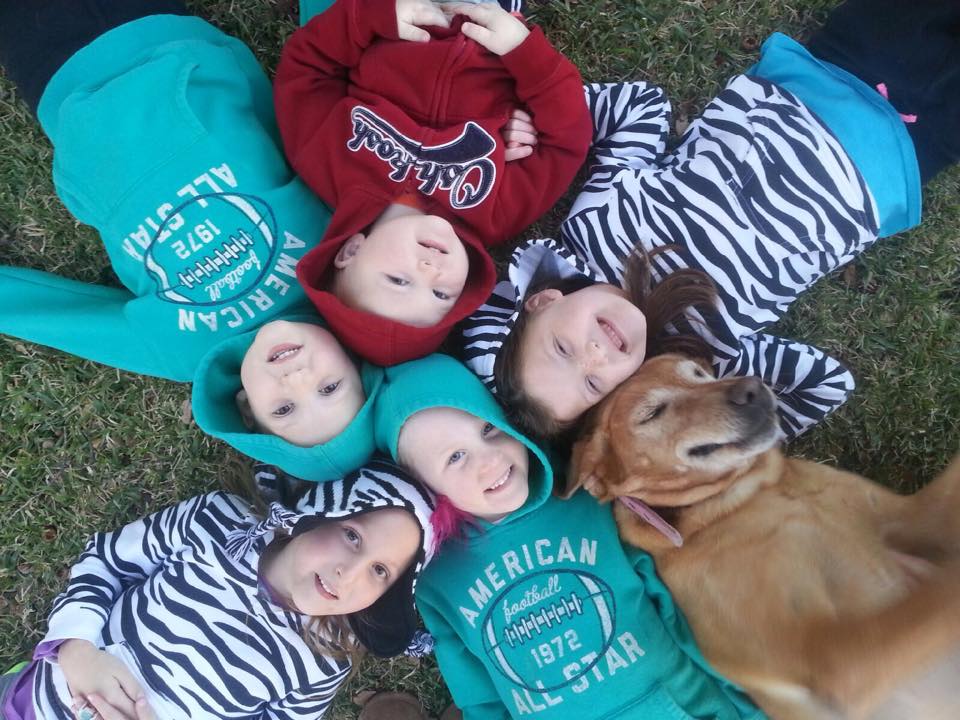 To Separate or Not to Separate?

Joc of Tale of Three Babies

How to Get Triplets to Sleep