Twins are double the fun, but preparing for their arrival is often double the hassle
For Multiples Maternity provides style, stretch and size that moms need during a multiples’ pregnancyIn the United States, approximately 66,500 sets of twins are born each year, which equals an average of 182 sets delivered each day!But, surprisingly, as the needs for twins and multiples-specific maternity items rise, the market for such products has not. Until now.

For Multiples Maternity (www.ForMultiples.com), is a new line of maternity clothing line for mothers of twins and multiples, launched by parents who struggled to find fitting maternity clothes during two sets of twin pregnancies. 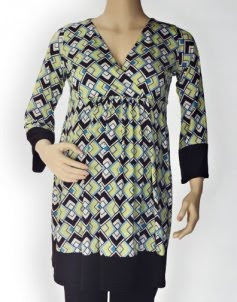 “When my wife was pregnant with our first set of twins, it was disheartening to see her so upset about how she looked due to ill-fitting maternity clothes during a time when I thought she looked the most beautiful and should proudly be able to show off her growing belly. Only extra-large maternity clothes would fit her in the belly, but then they would hang on her like a tent elsewhere because they weren’t designed specifically for moms of multiples,” said Jim Fitzgibbon, co-founder of For Multiples Maternity.

Fitzgibbon continued, “She still ran into many of the same clothing problems five years later when she was pregnant with our second set of twins, so we knew that there was an opportunity to help other pregnant moms of multiples feel stylish and be comfortable at the same time. After researching the specific needs of moms of multiples and working with known designers to create well-made custom clothes, we are proud to launch For Multiples Maternity.” 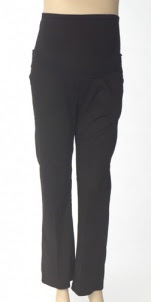 The online company’s clothing answers a need in the market for specialty maternity sizes and shapes. For Multiples Maternity includes designer dresses, tunics and pants that are produced in Atlanta, Ga. using American-made materials. The line comprises fashionable casual clothes, as well as professional office attire, that can accommodate an expanding belly, without upsizing the entire garment. Though specialty made, For Multiple Maternity’s clothing is competitively priced. Pants retail around $64 and tunics around $89.

In all honesty I really wish I knew about this site when I was pregnant with Aaron and Jill. I had a hard enough time finding clothes that fit me height wise, let alone belly wise. Be sure to check out For Multiples and pass on their site to any future MoM’s that you know!

Aries Child: Traits and How To Deal with Them

CatDog: Season One – Part One