I don’t claim to be a controversial person. Honestly, controversy makes me twitch uncomfortably.
The Two-Minus-One Pregnancy article in the New York Times Magazine has sparked tons of controversy among the multiples community and the Christian community.
If you don’t know anything about the article, here’s a quick summary:
Any woman going through assisted reproductive therapy (ART) knows there is a great chance of conceiving multiples. A growing trend among those twin pregnancies is to reduce the pregnancy from two babies to just one baby.
A quote from the article states:

So, about not being controversial….
I am the mama of twins.
Of course, my husband and I believe our girls are the most beautiful creatures to ever walk the planet.
As a stay-at-home mama, I’m the curator of these two priceless works of art.
I live the hard stuff. I had a rough pregnancy, and now I’m out-numbered with two toddlers. I can do hard things, I tell myself over, and over, and over.
Too, I see the joy; the gifts Brynne and Hadley’s very being is to our lives. Just last night we watched the girls make a game out of kissing each other in the bathtub. Giggles galore!
My heart swells, and the hard stuff fades.

If you haven’t stopped to read the article, this is how it starts out:

As Jenny lay on the obstetrician’s examination table, she was grateful that the ultrasound tech had turned off the overhead screen. She didn’t want to see the two shadows floating inside her. Since making her decision, she had tried hard not to think about them, though she could often think of little else. She was 45 and pregnant after six years of fertility bills, ovulation injections, donor eggs and disappointment — and yet here she was, 14 weeks into her pregnancy, choosing to extinguish one of two healthy fetuses, almost as if having half an abortion. As the doctor inserted the needle into Jenny’s abdomen, aiming at one of the fetuses, Jenny tried not to flinch, caught between intense relief and intense guilt.

I’m all for grace, and seeking understanding. I’ve never walked in Jenny’s shoes. I can’t imagine what it’s like to be her. What’s described above sounds gut-wretching to experience. In fact, it leaves me on the verge of tears.
But not for Jenny.
Jenny’s decision was based on a lifestyle choice:

Jenny’s decision to reduce twins to a single fetus was never really in doubt. The idea of managing two infants at this point in her life terrified her. She and her husband already had grade-school-age children, and she took pride in being a good mother. She felt that twins would soak up everything she had to give, leaving nothing for her older children.

I think about the twin who gets to live without knowing the joy of playing kissing games in the bathtub.
Because, he (or she) is a twin, even if he’s the only one living.
Okay, so I am sad for Jenny too. I think about what she’s missing, what she lacked the courage to experience. Those kissing games in the bathtub are priceless. My daughters are masterpieces.
Jenny didn’t just destroy a shadow on an ultrasound, she destroyed a masterpiece.

We have a dear friend with a 3D/4D ultrasound business. From the time our girls were 12 weeks, their celebrity status rivaled those Twilight kids. We, the paparazzi, desperately wanted to see the two works of art God was knitting in my womb, to see to see their little faces.
I want to show you some of the pictures from when the girls were 14 weeks. Our masterpieces.
I can’t help but wonder what Jenny’s decision would have been if she’d seen her little ones this way. 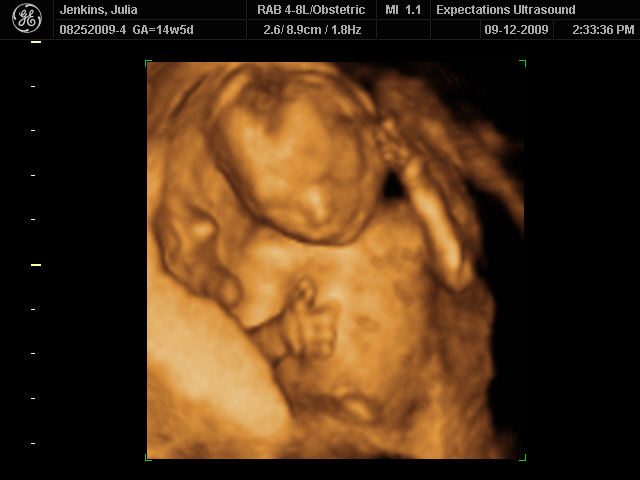 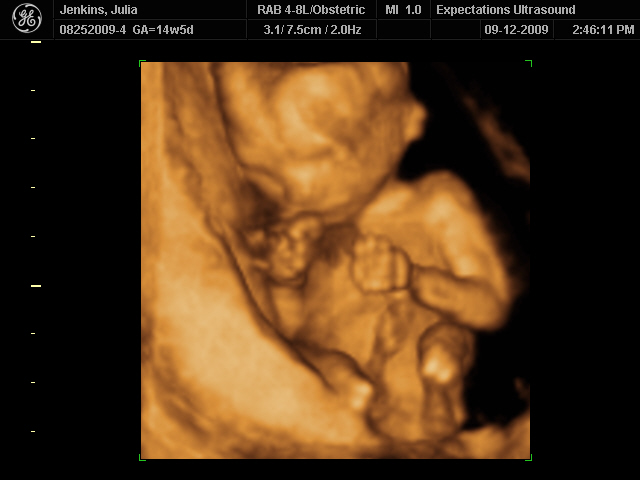 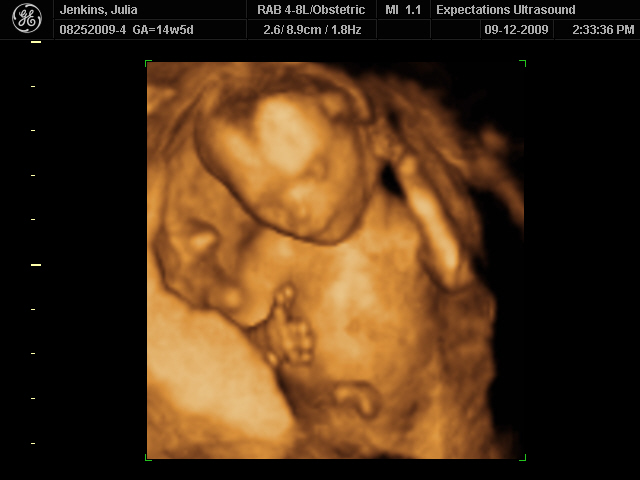 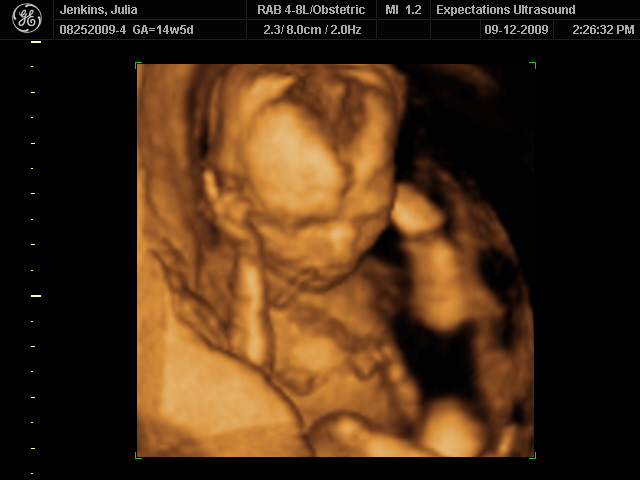 Stimulating the Mind of a Toddler