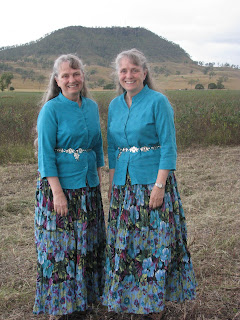 A thick cloud lay like a rumpled blanket over the rugged highlands. Dawn’s muted light struggled to penetrate the woven walls of the village hut. Senik stirred, stiff after the night on her mat. The cool mist added a sense of foreboding to her anxious thoughts. Awkwardly she struggled to her feet, one hand supporting the small of her back. This pregnancy was particularly cumbersome. Her sister Lipu had commented she was big and would have a healthy baby. But a stab of fear had plagued Senik’s mind. How would her people react if she were to have twins? She shuddered at the thought. As long as she could remember, they considered multiple births to be a bad omen. Now she dreaded the possibility of facing that shame.

Feeling the chill, Senik set about to rekindle the fire. Wood had been stacked near the fire pit where it could dry overnight. She stirred the bed of coals and placed a handful of crooked sticks on top. A whiff of smoke curled upward adding soot to the already blackened palm-thatch. Senik rubbed smoke-irritated eyes with the back of her hand. She reached for the string bag of vegetables that her sister had carried from the garden. Finding some kaukaus wrapped in leaves, she placed them in the edge of the embers. The roasted sweet potatoes would give her needed strength. Just then a little one in her womb stretched. Senik grimaced as she placed one hand on her swollen abdomen. I do hope you are not twins!

A mangy dog crept out of the shadows and drew near, sniffing the sweet potatoes. Senik struck it across the back with a stick. The mutt let out a yelp and scurried for the doorway, tail between its legs. Senik’s gaze followed the dog’s retreat. A dog! It was a painful reminder of the condescending words she had heard the previous day. An insensitive woman, with a furtive glance toward Senik, had muttered, “Only dogs and pigs should have litters.”

Turning her attention back to the fire, Senik mechanically turned the kaukaus. She could not dismiss the ceaseless parade of unpleasant recollections, like the haunting face of young Pendiap. Only two moons earlier she had given birth to twins. When twins were born, it was thought that only one was the true child-the other, an impersonating spirit come to destroy the family. Pendiap was horrified by the timing, as there was a funeral in the village that day. She wondered if the dead man’s spirit had entered one of the babies, or if others would blame her for the old man’s death. She feared their reaction. In her panic, the young mother frantically snatched up her newborns. Like a crazed fugitive, she staggered along the narrow path leading to the outhouse. Not pausing to give her act of desperation a second thought, Pendiap, with trembling hands, thrust both infants into the pit. The babies’ muffled cries faded in the darkness of their putrid tomb. Senik let out a sigh. She stared at the fire pit while she vividly recalled Pendiap’s face, a mirror of numbed horror and inconsolable grief. Senik wished to be freed from the images of Pendiap. Of dogs. Of litters. Of twins!

Hunger pangs brought her back to the present. She reached with her bamboo tongs and extracted one of the roasted kaukaus from the coals. The nourishment would be needed for the day’s trek. Senik had determined to cross the ridges to the mission hospital at Kudjip. If she were to have a big baby, she would need help with the delivery. The hike was an arduous journey, but Senik endured without complaint, grateful that her sister had volunteered to join her. Lipu had led the way, her string bag heavily laden with garden produce. She would cook to help supplement what the hospital would provide. When the time of delivery came, Senik’s greatest fears were realized-a multiple birth. Was it a look of concern or disgust she detected it in her sister’s eyes when the second girl was born. Then to compound their disgrace, a third one came. Lipu turned away, her expression downcast. Senik, too, was despondent, unable to hide her shame. She did not want to dispose of her babies as Pendiap had done, yet feared the reaction of others if she kept them. She glanced toward the incubators where her tiny daughters lay, being fed intravenously. A week later two other women in the maternity ward gave birth to twins. There may have been some consolation for Senik, as she was not alone in her dilemma, yet she sat stone-faced. In her troubled state of mind, she still had not produced any breast milk.

One morning when the triplets were three weeks old, a nurse announced that American twin ladies would be singing in the ward. Senik, Lipu, and the other mothers of twins perked up with intense curiosity. As my twin and I were singing, we were unaware that Senik and Lipu’s thoughts spun in a whirlpool of questions. Who are these ladies? How can they sing in our language? They are twins, but which is the impersonating spirit? How can either of them be evil when both are praising God?

Lipu’s countenance was the first to change. Gazing pensively toward the incubators, her former expression of disgust transformed into a smile of genuine acceptance. Senik noted the difference. It sparked a resolve in her own mind. Perhaps twins or triplets were not a curse after all. She would keep her daughters and face whatever reaction may come at the village. The following morning Senik sent word that she wanted to see the American twins. When we entered the ward, Senik looked up, greeting us with a smile. She sat cross-legged, one infant on her lap, another held to her breast. Lipu cradled the third one. The change in Senik’s attitude was evident. She was now producing milk for her premature triplets. It was no accident that we should sing in this hospital on that particular day.

Keeping the Internet Safe for Kids